I will not be accepting calls after 7:07 pm CT each game day until this thing is settled. 🙂 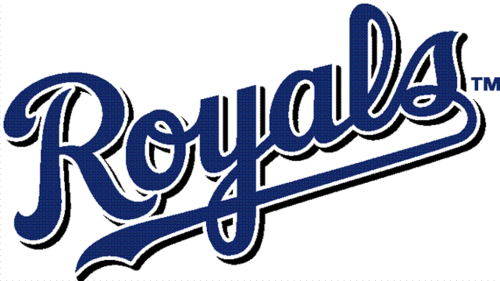 I have many great memories of Paul Splittorff.  Sitting in Royals Stadium (before it was re-monikered “The K”) and watching that sweet left arm confound the damned Yankees is probably one of my favorites.  But I also got to shake his hand in Allen Field House shortly after he got done broadcasting a Kansas Jayhawks basketball game.  (Never quite sure how a Royals pitcher became the commentary guy for college basketball…but he did ok.)

I told Paul Splittorff then “Thanks for all the memories.”  He brushed it off and moved on.  I’ve also had the chance to say pretty much the exact same words to Freddie Patek and Frank White.  What else is there to say?  I miss those Royals.  True, they were good.  Really good.  ’76, ’77, ’78 & 1980.  Three Division Titles and one American League Pennant.  Paul and Freddie retired before the Royals won the ’85 World Series.  But in my mind, they were still apart of that tradition that helped the Royals to win it all.  Key building blocks, if you will.

Part of my childhood and teen age years died with Paul Splittorff yesterday.  I’m sure I’m not alone in Kansas City.

I showed a couple properties this morning and have been looking through the Kansas City MLS for potentially good rental properties that can be had at a significant discount but this post will most assuredly be a rabbit trail running away from real estate.

Kansas Jayhawk Basketball
Last Friday evening I went to Late Night at the Phog.  That’s the annual first night of  college basketball practice for the Kansas Jayhawks, an early adopter of midnight basketball practices.    Despite all the financial turmoil and spoiled closings I always have that third Friday in October when basketball is reborn.    And with it, my soul.  At least through the first Monday in April the following spring.  I know not why I love college basketball so much.  I just do.

Think the recession is over?  (I know what the gov says.  But I say “hooey.”)  Check out this article stating that Allen Field House still has tickets available for the upcoming basketball season.  Can you believe it?  Rare.  People just don’t have the extra coin right now for the luxuries of life.  This is a Top 10-12 team coming in to the season.  I frankly cannot believe it.  But I also don’t have an extra $3,500 – $4,000 for season tickets, either.

BBQ in Kansas City
Ate at Oklahoma Joe’s BBQ the other day.  Man, their meats are smoked to perfection.  But those darn beans are still awful.  That alone keeps them out of my “favorites” list of Kansas City Bar-b-que’s.

I’m thinking of doing a photo-essay of bar-b-q joints in and around Kansas City.  Or getting more specific and just doing my home state of Kansas.  Seems like a great excuse to drive around the countryside and eat.  🙂

My Oldest
As a parent, I love all my kids.  But I want to take a moment and brag on my oldest.   Here he is sitting ranked as #17 in his high school class of almost 400 kids.  He’s never had anything less than a “A” and just finished his first quarter of college calculus with a 103.4 score.  He is busy filling out his college application to Princeton and the University of Kansas Honor’s Program.  Say’s he’ll be happy with either.  Drive’s me crazy he ignores letters from Cornell and Vanderbilt and the like.  But he’s focused on those two schools and I have no doubt he will be successful in life regardless of which program chooses him.

Not sure how long it will last.  But last night it was fun being a Kansas City Chief’s fan again.  Did you hear that crowd?

Now, if we could just trad’em Cassell for Rivers, straight up, that would be perfect.  🙂

Do you realize we are just about 9 or 10 Fridays away from Kansas Basketball holding it’s Midnight Madness?

Odds and Ends from Kansas City

– First thing is first, did you see the score of the Kansas v Missouri game last night?  I was in Allen Fieldhouse and the place was rockin’.

– But anywho, just wanted you to know that good things come to those that are patient.  A few weeks ago I posted about a roof situation and the roof was covered in snow.  I asked, mockingly, if we had to wait until the snow melted.  Well, we did.  It’s finally checked out and we close tomorrow at 4:30.  Congrats to the buyers that I think are getting a good house.  And to the seller.  And to everyone involved being a bit irritable at times (see me) but never the less being patient and professional.

– It’s nice to see Obama has finally gotten the message.  He has talked about jobs and the economy more in the last week (since the Massachusetts election) than he has the previous year.

– Working on a deal to tie in to some vacation property down at the Lake of the Ozarks.  I’ll keep you posted.

Yes.  I’ve heard there is a World Series going on.  I’ve also been told some states are holding an election.  And those things are seemingly important.  That is until you realize that the Kansas Jayhawk basketball team tips off tonight in Allen Fieldhouse for their first exhibition game of the season.